Reaching the summit feels like being on top of Africa. 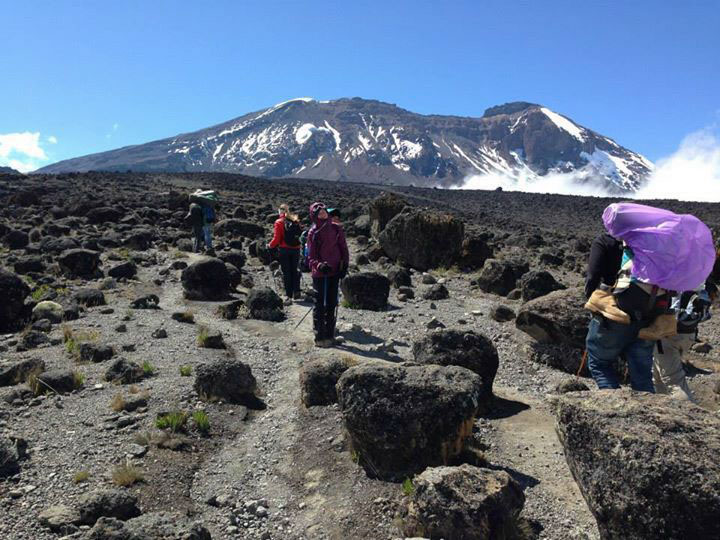 Africa’s snow-capped giant bursts out of the savannah to an almost haughty 5,895 metres. Mount Kilimanjaro is a stratovolcano and therefore boasts three peaks: Kibo (5,895 metres), Mawenzi (5,149 metres) and the Shira plateau (3,962 metres). Today, the volcano is still partly active. Don’t expect any display from Shira and Mawenzi – both collapsed over a million years ago – but sleeping beauty Kibo is still capable of some action.

During the past century its cone has been seen smoking and expelling ominous rumbling noises from deep down its core. All adults of normal health and fitness should be able to make it to the top. There is no need to bring serious climbing equipment, but waterproof, windproof and warm gear (don’t forget mittens and a hat) is highly advisable. The conditions may change rapidly so bring a set of clothes for each day.

Note: although climbing Mount Kili is feasible for the many of us, no one said it is going to be easy. Keep in mind that it will be a challenging hiking experience at all times and the oxygen content of the air on top is 40% of that of sea level.